Project:
Wing 5 was completed in December of 2019 and is the second wing added to the existing nursing home. The building is made up of 18,200 S.F. that consists of a first floor having 13,600 S.F. and second floor made of 4,600 S.F. Within the first floor there are nine double occupant rooms, eight single occupant rooms, and a dining area. Rooms have private toilets but a spacious central bath space is also provided. An elevator is available to access the second floor which includes offices, a salon, catering kitchen, physical therapy/exercise room, and multipurpose room. The building is connected to the wing completed a year earlier by a short corridor which has an exit to a secure courtyard area between the buildings. 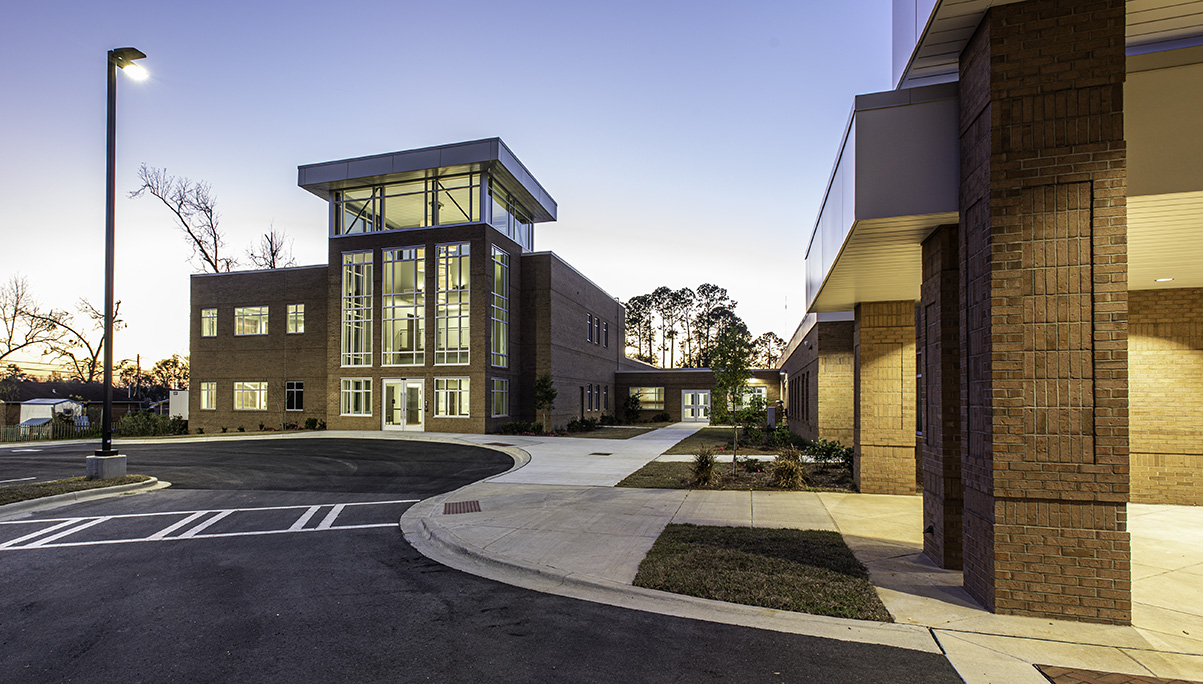 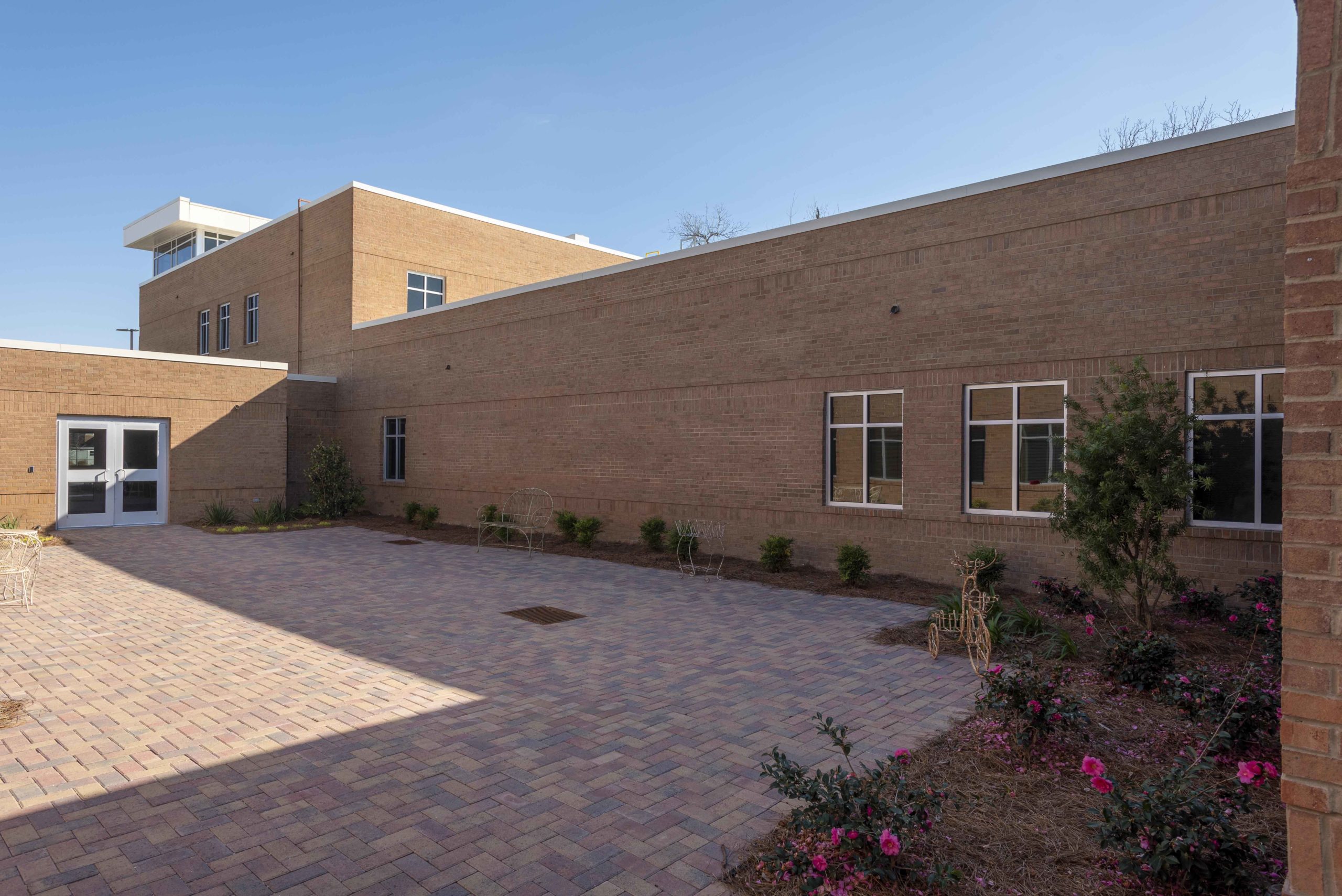 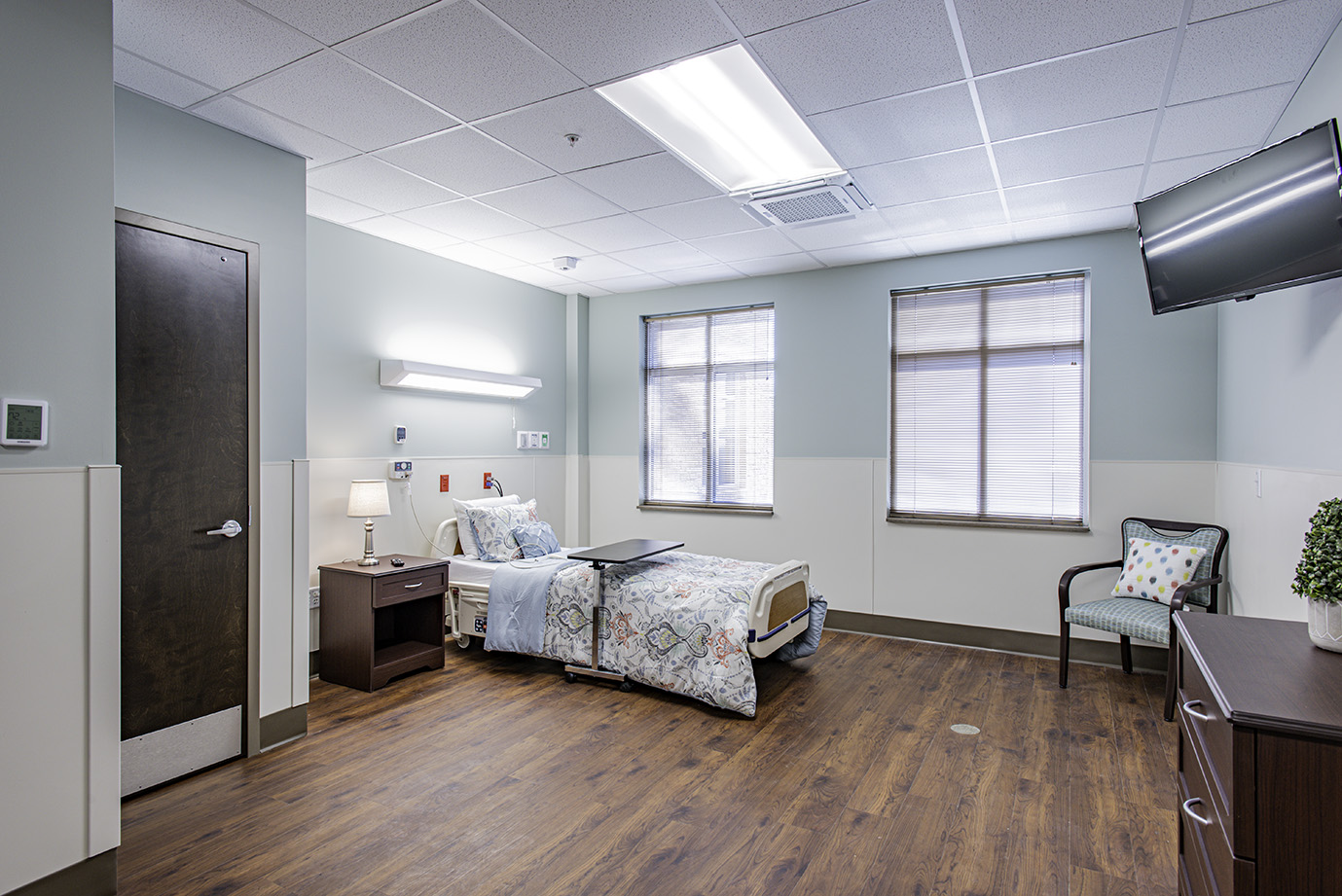 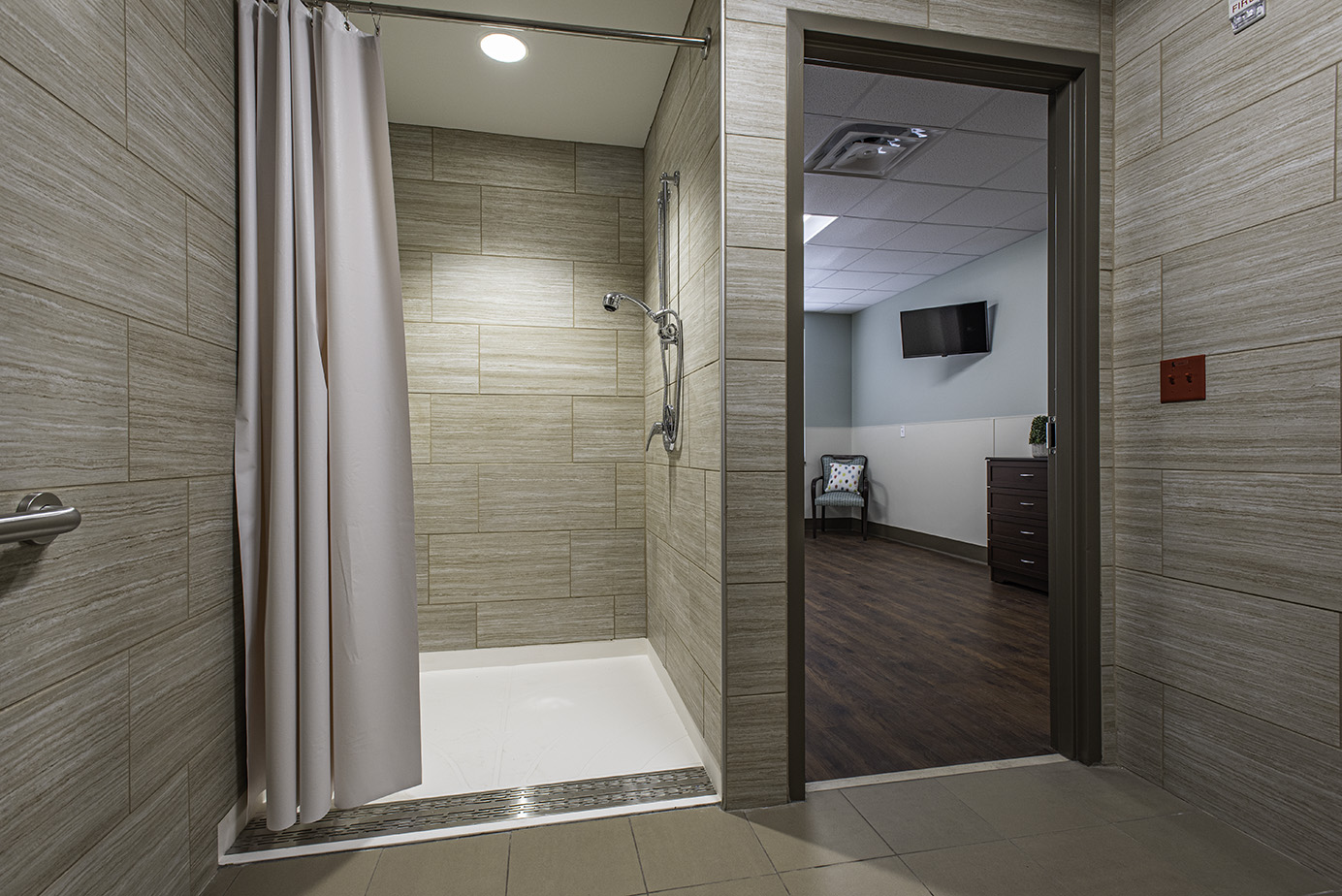 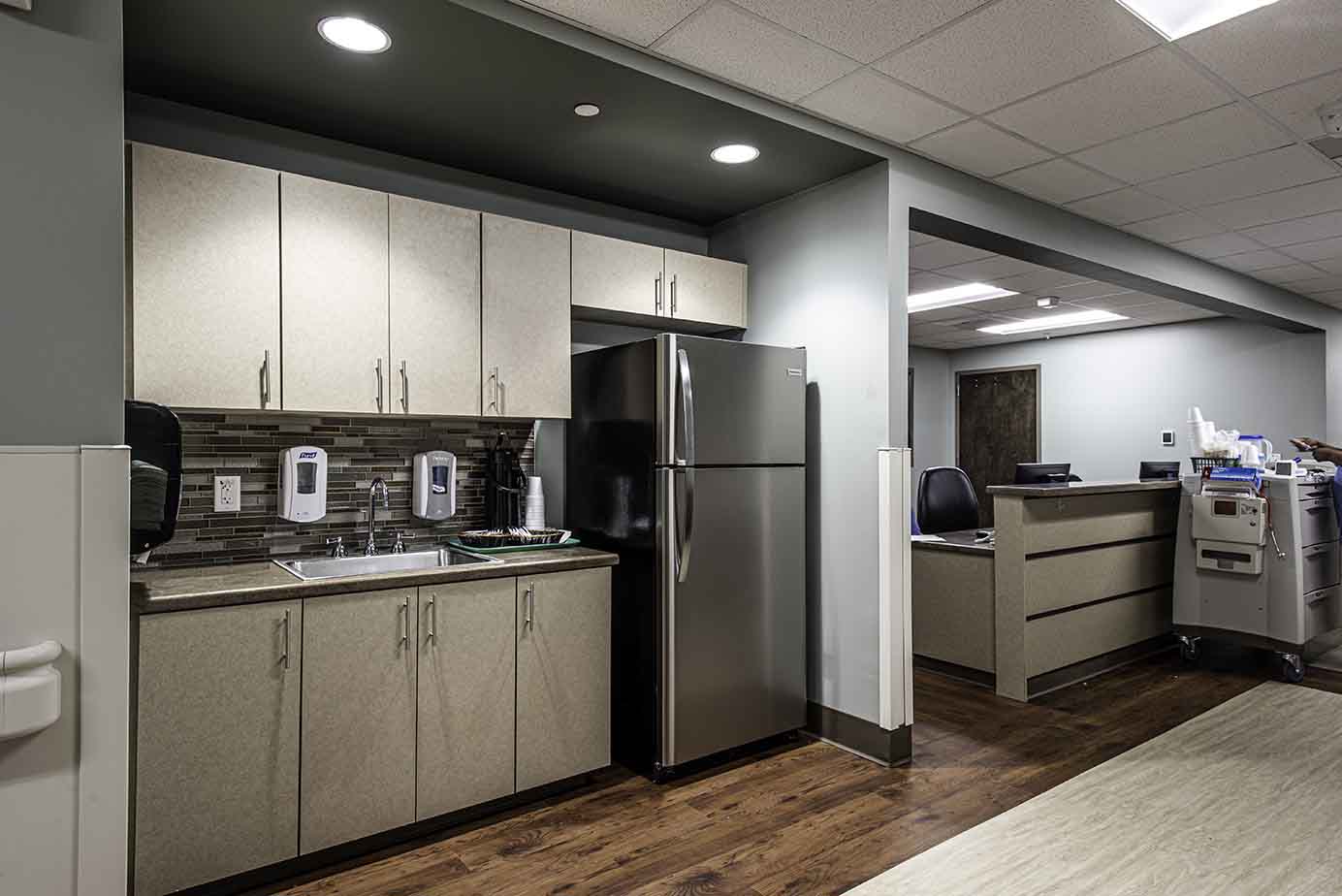 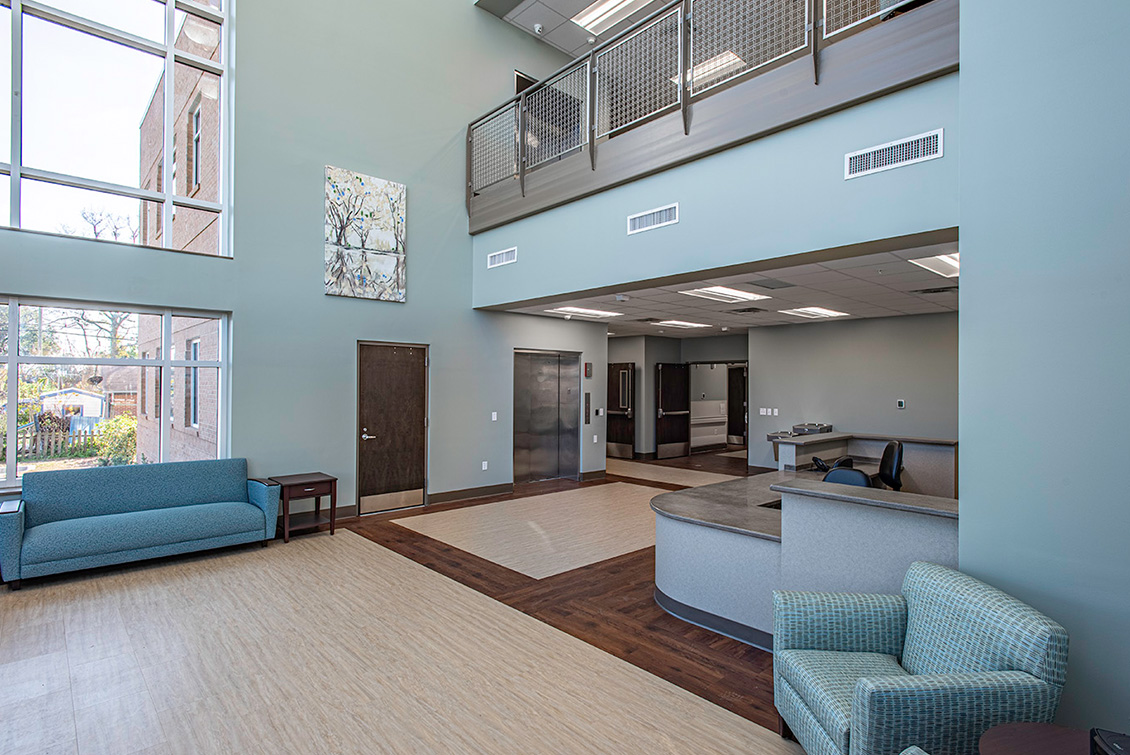 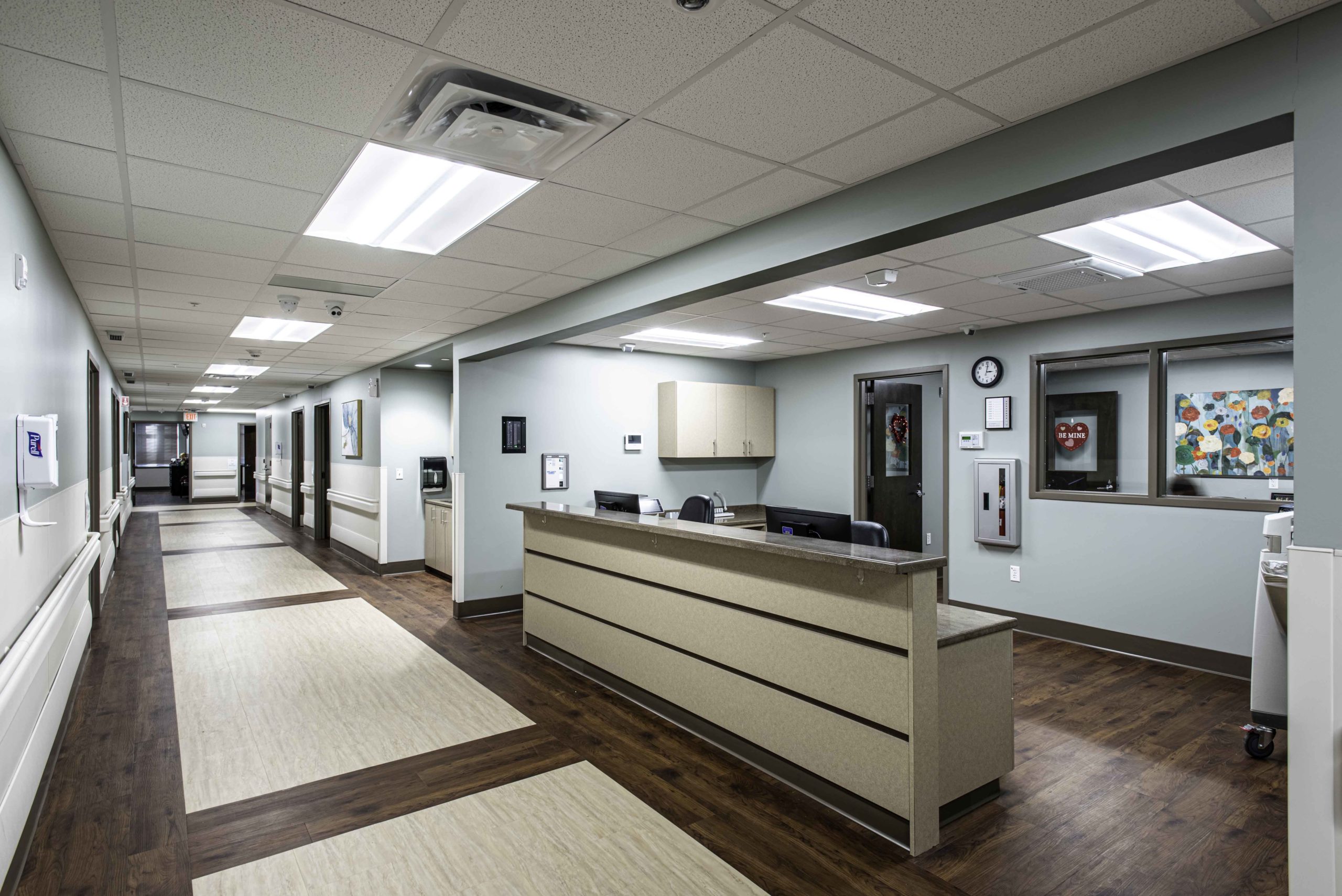 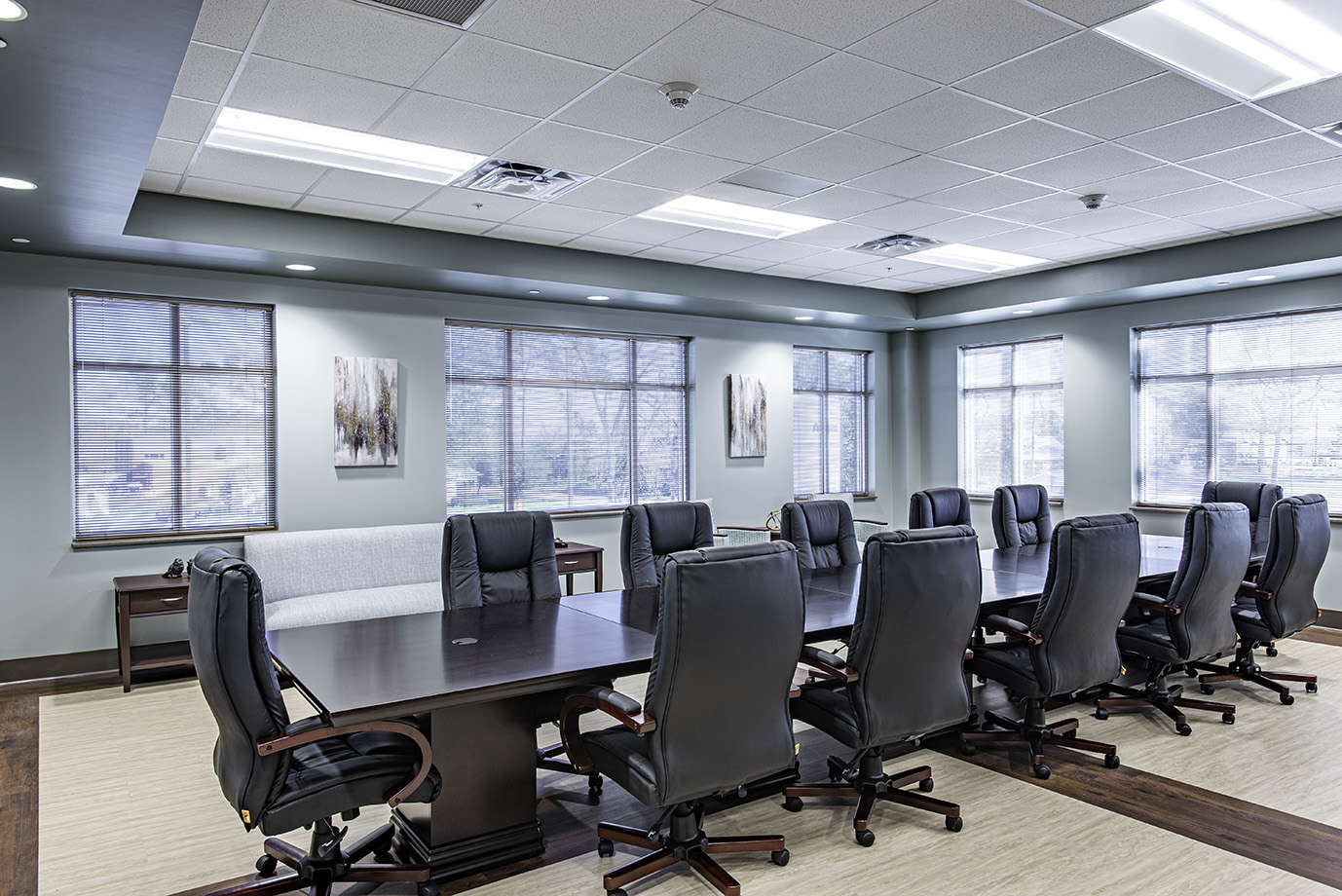 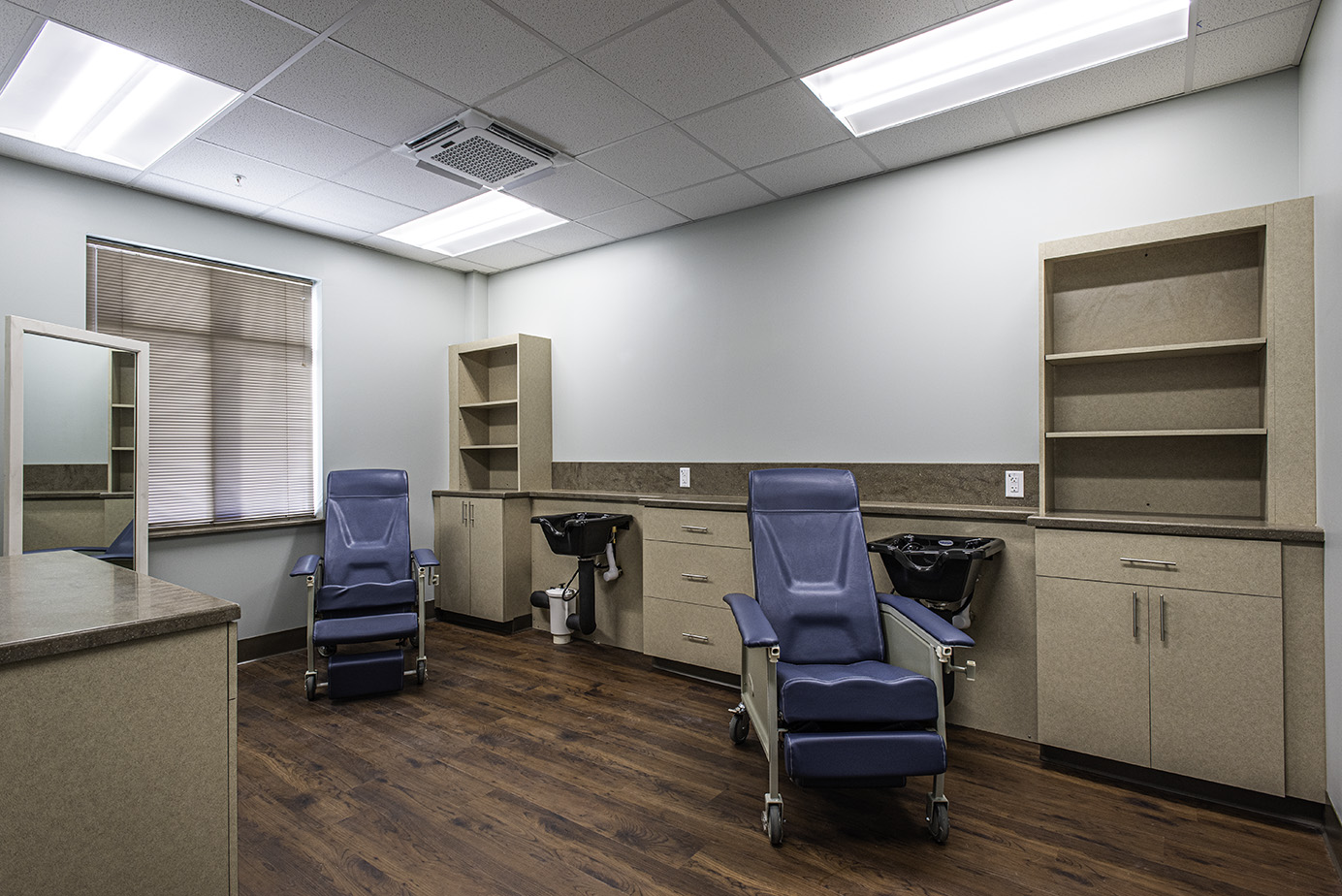 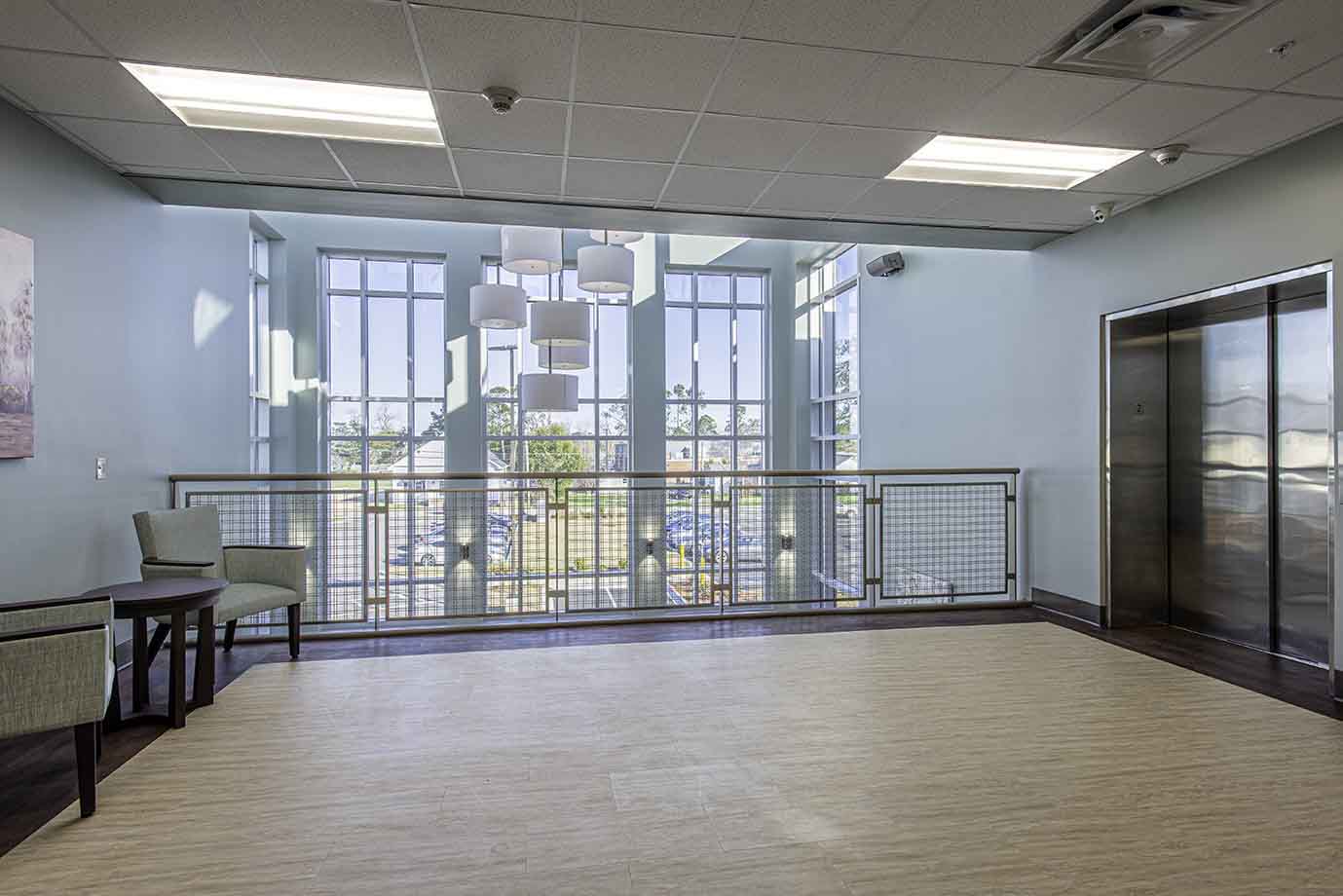 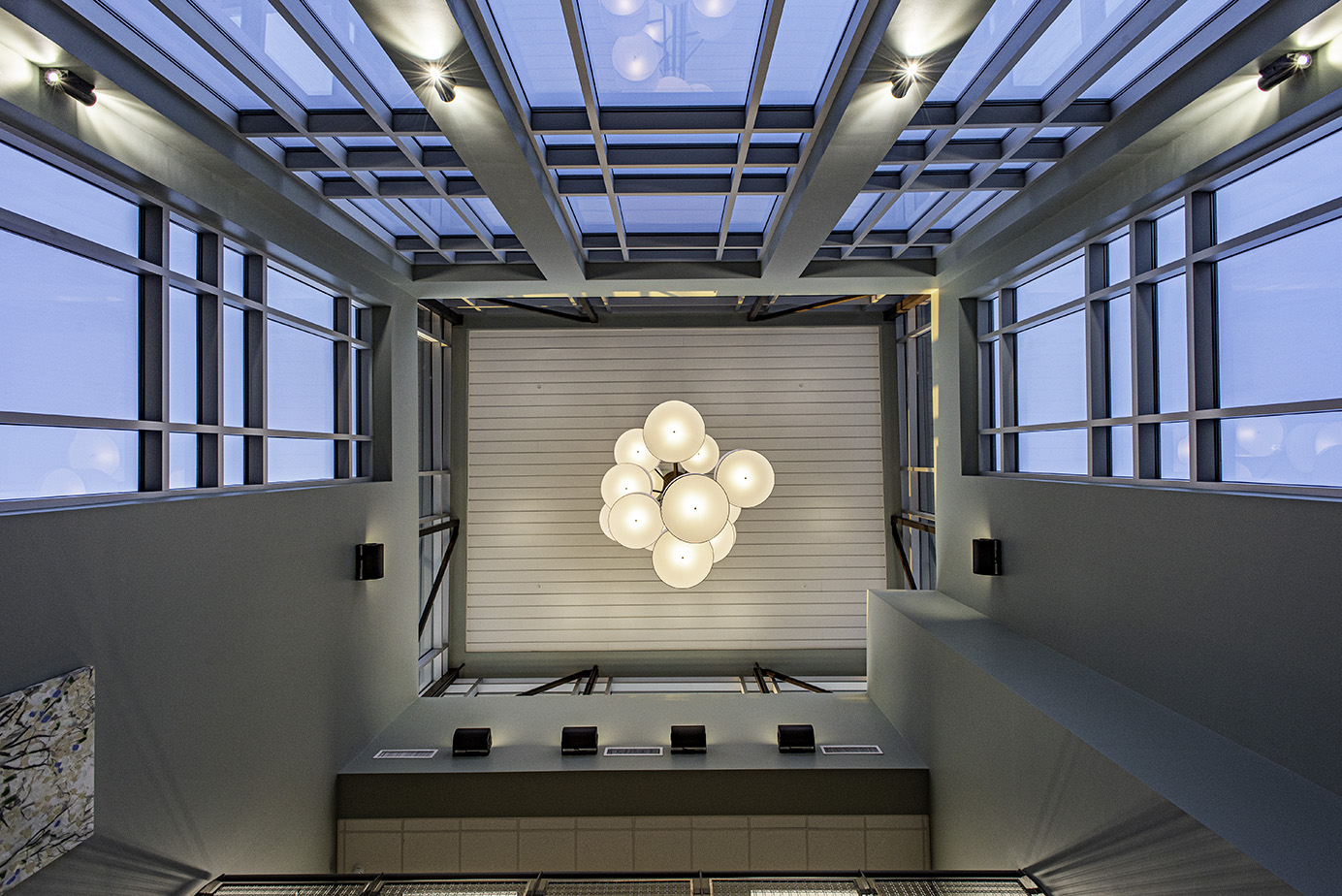